Our blonde ale with Neuchatel grape must is back. Summer can begin!

It’s spring and our deliciously tart apricot kettle sour is back to tickle your taste buds! 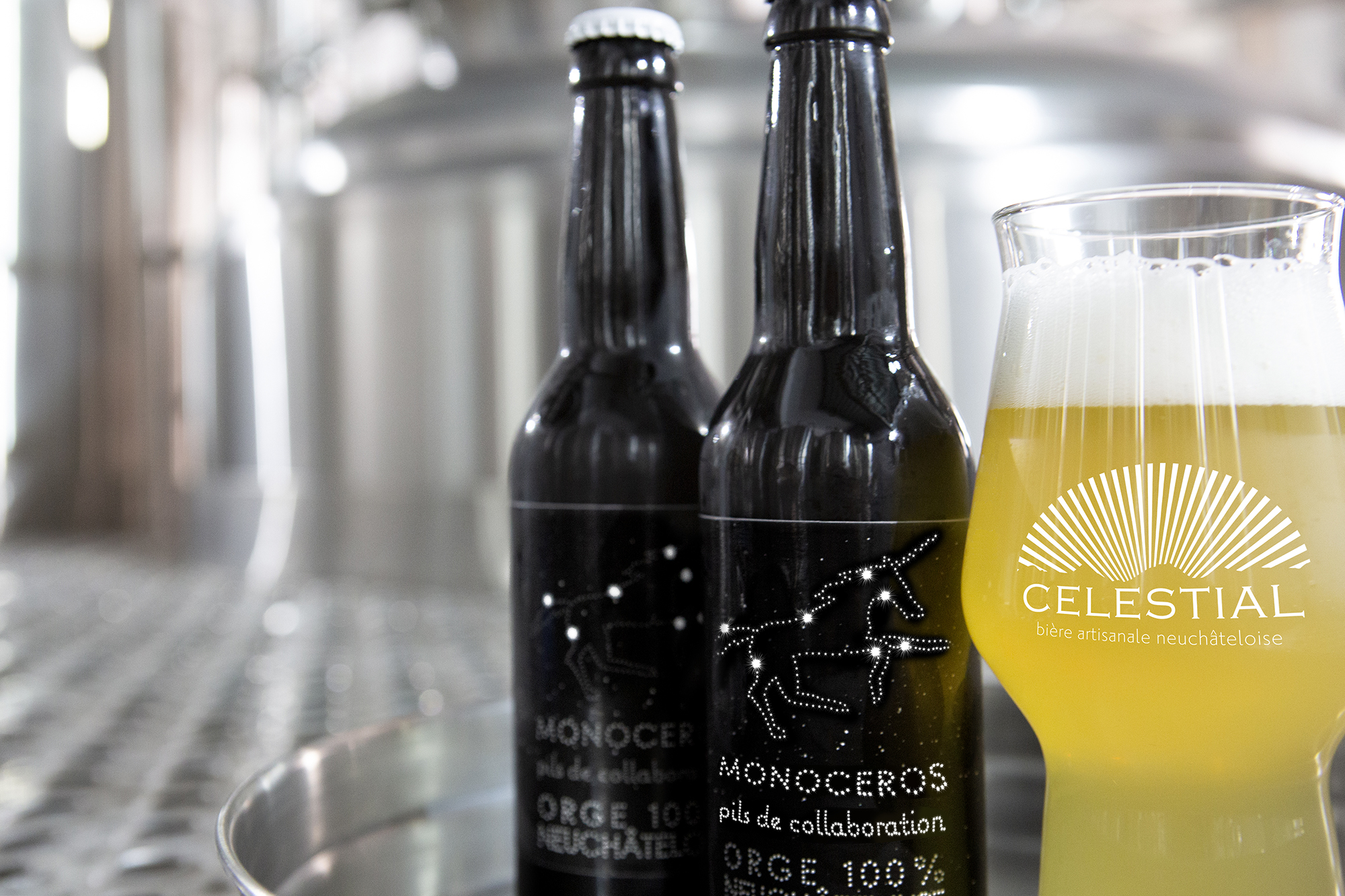 Our collaboration pilsner with La Meute is now on sale at at the brewery!

This beer was brewed only with organic barley grown on a farm in neighbouring Wavre (NE). The grain was malted in Bavois VD and the beer dry-hopped with Tettnanger, a Swiss noble hop.

Our pilsner is called ‘Monoceros’, the Latin name for the unicorn constellation. The name incorporates the iconography of the two breweries (animals and the heavens) and recalls the great purity of this beer. 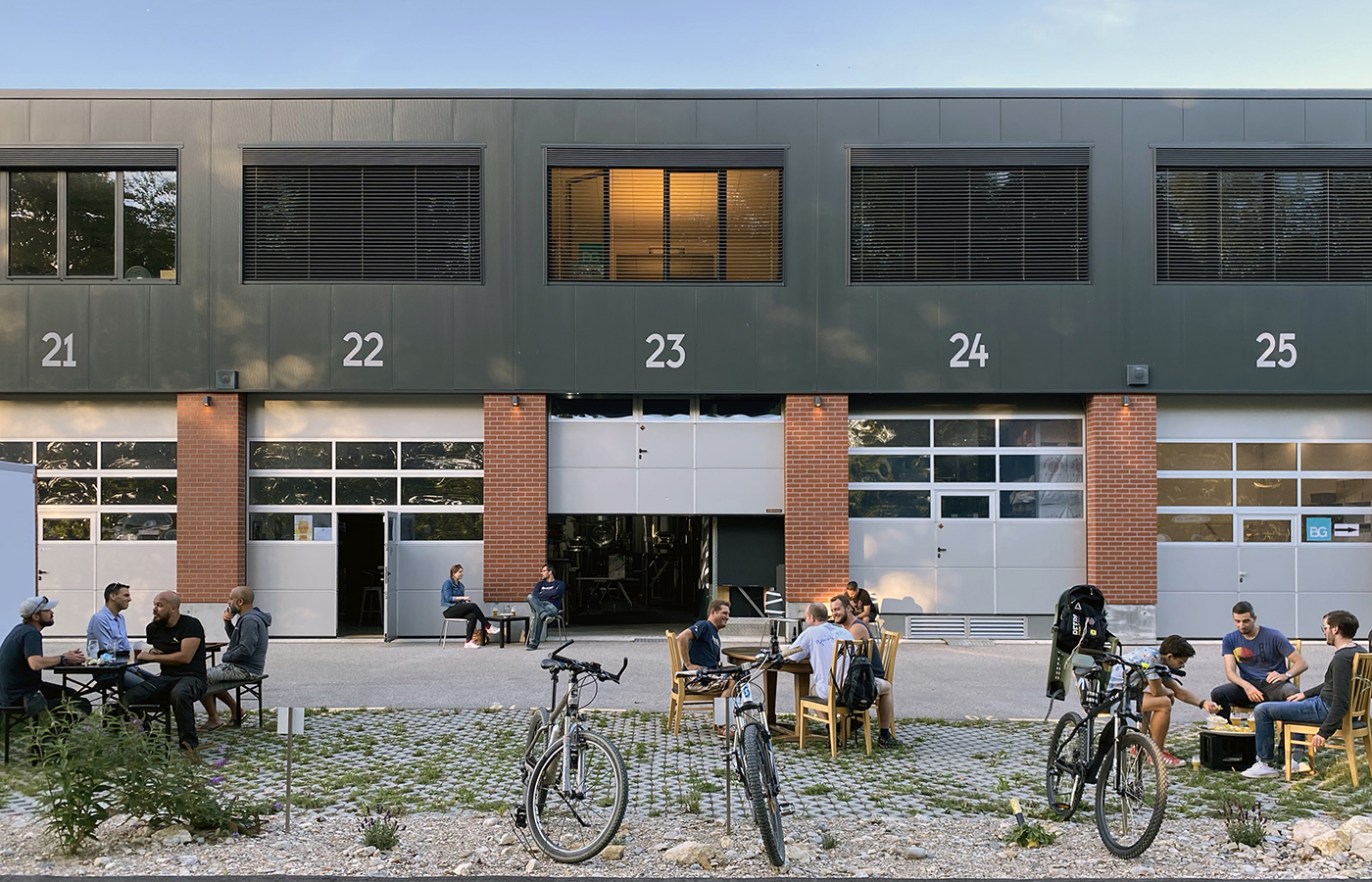 In collaboration with ABAN (the Amis des brasseries artisanales neuchâteloises association), the brewery opens its doors to the public almost every Thursday from 5 to 9.30 p.m. We serve draught beer, snacks and light meals. And there’s free popcorn!

You can register at the door on Thursday evening or online at Eventbrite. Write to us for more information. 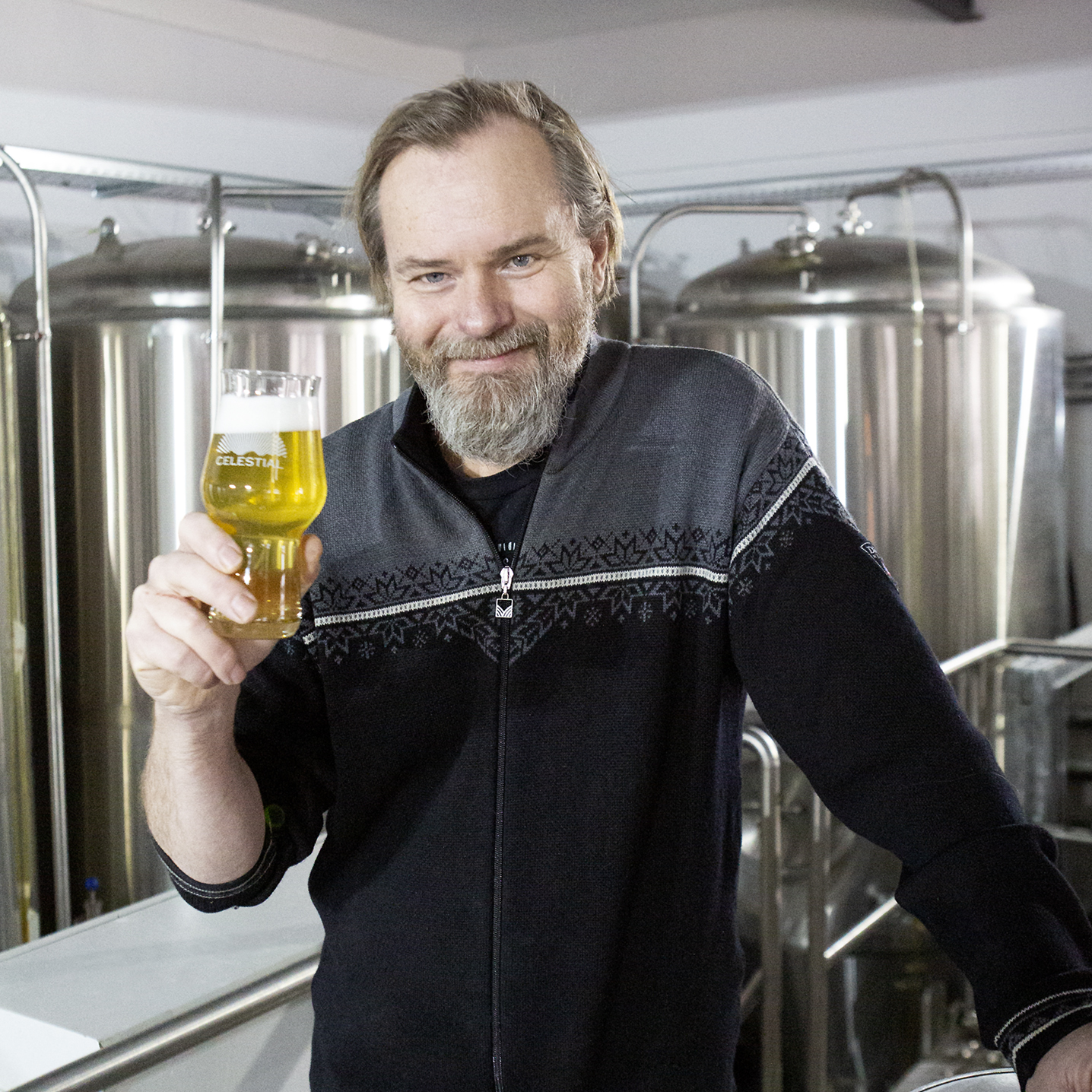 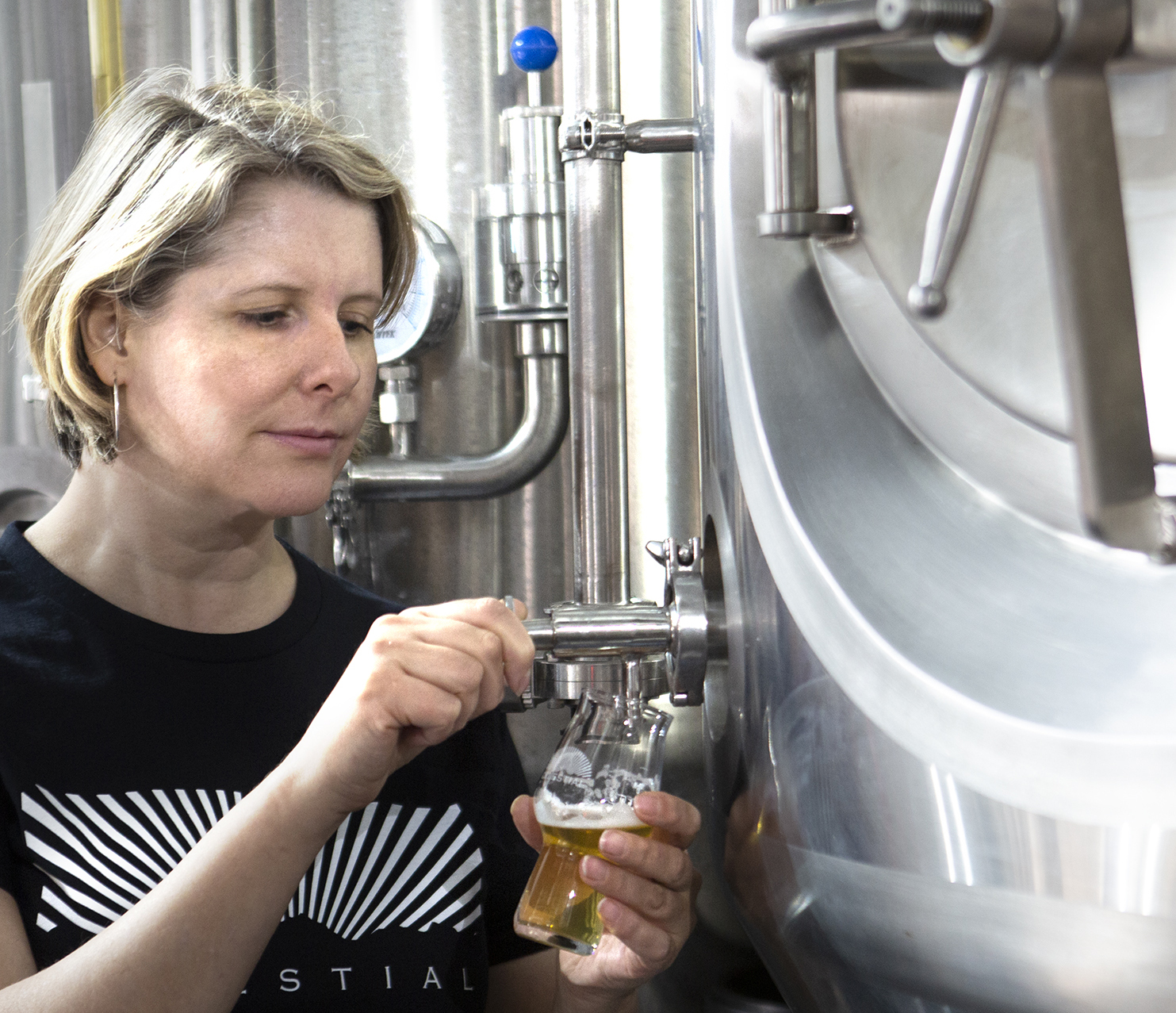 After a first inglorious attempt at the age of 14 at making alcohol by fermenting grapes in a plastic container under his bed in his hometown of Sveg, Sweden, Peter ended up studying IT. He moved to Neuchâtel in 1992 to work for an industrial design software multinational. During his business trips to California, Peter discovered Marin Brewing Company and Anchor Brewing, Sierra Nevada and Lagunitas beers – and became a keen craft beer enthusiast. He started brewing as a hobby, and as his taste for craft beer grew, his taste for endless business meetings diminished. In 2017 he decided to open his own independent craft brewery. Today he is in his element.

Marianne’s great-great-great-great-grandmother, a 44-year-old widow, ran away with the 26-year-old Swedish gardener who worked on her family farm, provoking a massive scandal at the time. Unfortunately, Marianne’s ancestor died before Jacob Letterstedt, the man who became her second husband, made a success of his project: the Mariendahl Brewery in Cape Town. It would later become one of the founding institutions of South African Breweries. Marianne, one of the founders Celestial, hopes to have her revenge on history for her forbear’s sake. Today, as co-founder, she brews with Peter, imagines beer names and invents Celestial iconography. 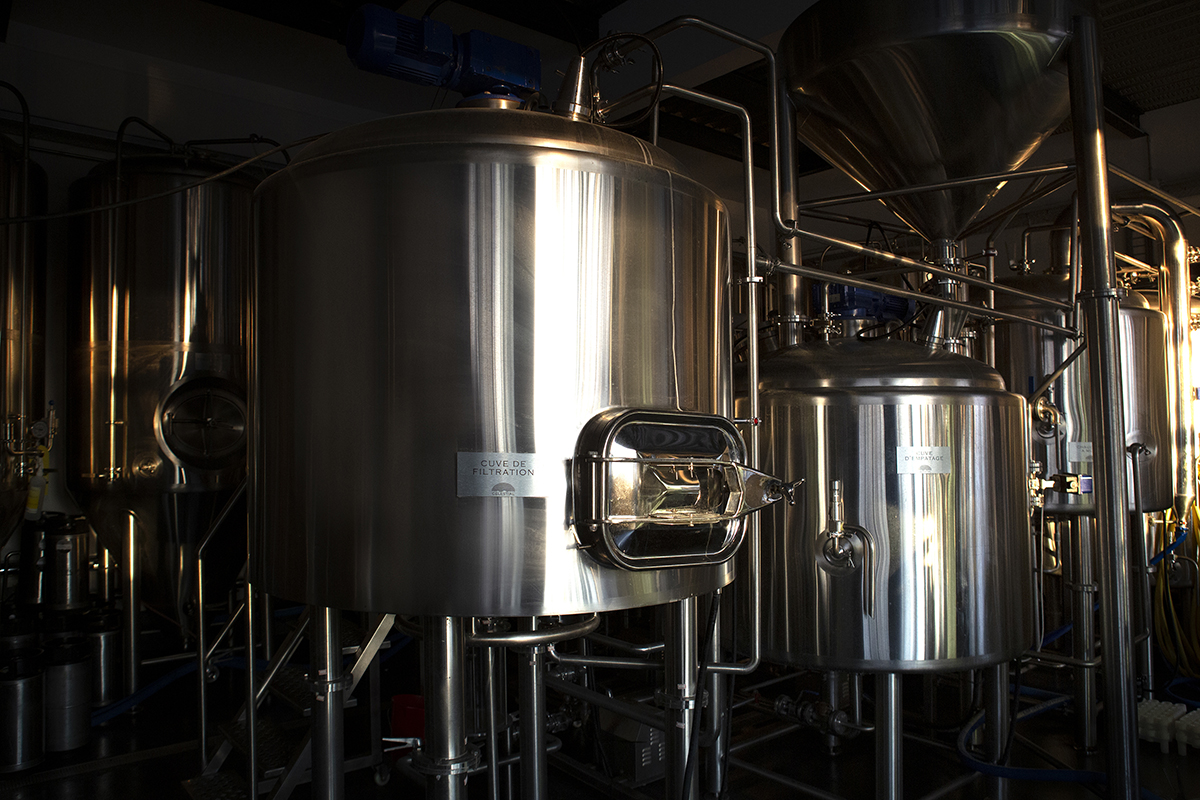 Brasserie Celestial is located on the shore of lake Neuchâtel, near the city of Neuchâtel, about 200 metres from La Tène Beach.

The brewery is open for bottle sales from 2 p.m. to 6 p.m., Tuesday to Saturday.